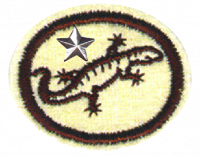 Have the Reptile honor.

For tips and instruction see Reptiles.

What is the study of Reptiles called?

Discover and record (or tell) at least three folk tales and three related facts about reptiles.

Saint Patrick was a Christian missionary born in Roman Britain. When he was about sixteen he was captured by Irish raiders and taken as a slave to Ireland, where he lived for six years before escaping and returning to his family. He entered the church, as his father and grandfather had before him, becoming a deacon and a bishop. He later returned to Ireland as a missionary, working in the north and west of the island, but little is known about the places where he actually worked and no link can be made with Patrick and any church.

The available body of evidence does not allow the dates of Patrick's life to be fixed with certainty, but it appears that he was active as a missionary in Ireland during the second half of the fifth century.

Legend credits Patrick with banishing snakes from the island.

This folktale from Pennsylvania holds that there is a colorful and very deadly creature called a "hoop snake." The hoop snake holds its tail in its mouth forming a circle, and then travels by rolling like a wheel.

A farmer was out in his fields hoeing one day and saw a hoop snake coming towards him. He did not see the snake until it was nearly upon him, and he had no time to escape. Fearing that the end was near, he ducked behind his hoe just as the snake struck. The snake hit the hoe and its fangs were embedded in the handle. The farmer ran off in terror.

Knowing that the snake would not die until the sun set, the farmer waited until dark to retrieve his hoe. When he got back to the field, the snake was indeed quite dead, and its fangs were still deeply embedded in the hoe handle which had swelled up from the poison. The handle had swollen up so much that the farmer was able to split it up into enough shingles to put a new roof on his barn. But as soon as it rained, the water washed the poison out of the shingles and they shrank back to their normal size.

Black Snake and the Eggs

This folktale comes from Africa. It tells of a black snake which was able to hide itself beneath a chicken's nest. The chicken laid a dozen eggs, and as soon as she left toget food for herself, the snake went into the nest and ate an egg. He swallowed it down, and then crushed it with his strong abdominal muscles. Then he slithered back to his hiding place under the nest. When the hen returned, she noticed that one of her eggs was missing, so she went squawking to the rooster. While she was away, the snake grabbed two more eggs and hid itself again. When the rooster arrived, he suggested that perhaps the hen had miscounted. She insisted that she knew how to count and demanded that the rooster count them himself. Finding only nine eggs, the rooster allowed as how there might be a problem.

Over the next few days, the hen tried to watch her eggs as closely as possible, but every time she had to leave the nest, and egg or two would disappear. When she was down to one egg, the rooster suggested that the likely culprit was the black snake. "He's very sneaky and he loves eggs" he explained. "That last egg of yours is just as doomed as the first eleven."

The hen was more clever than the snake thought she was, and set a trap for the snake. When she left her nest, the snake grabbed the last egg and forced it down his gullet so that he could crush it. But try as he might, the snake could not crush the egg. He soon found that the egg was blocking his airway, and died in short order. The rooster was surprised. "Why couldn't he crush the last egg?" he asked. The hen replied, "Because it was hard boiled."

Why might it be that a major portion of humans fear reptiles and there are so many false stories involving reptiles?

Snakes are vilified in Judeo-Christianity because of their association with the Garden of Eden. Some snakes are indeed poisonous, and their bites can be fatal to people. Because of this, and out of an abundance of caution, people are taught to fear snakes. It is easier to fear all snakes than it is to identify and respect only the poisonous ones.

Snakes are almost always smaller than reported. For example, people in New England routinely report seeing snakes eight to ten feet long[1], but only very rarely do Northern Water Snakes exceed three and a half feet long. Perhaps the size of the snake is amplified by the sensation of fear.

How do reptiles protect themselves?

The primary line of defense with which snakes are endowed, is their coloration. There are two strategies employed; camouflage, and bright, warning colors. Most snakes are difficult to see when they are hiding because their colors blend in with their environment. Other snakes have brightly colored skin which serves as a warning (even if a false warning) that the snake is poisonous and should be avoided.

The second line of defense employed by snakes is to get away. Snakes are surprisingly elusive and can scurry beneath a log, or find a hole in the ground very quickly.

The last line of defense is for the snake to threatened whatever is threatening it. If this is not effective, the snake may attack. Often these attacks do not include venom, as the venom's primary purpose is for subduing prey. But even a non-envenomated bite can be very painful, and most aggressors know this instinctively.

Turtles protect themselves by attempting to escape first, and withdrawing into their shells second. In some cases, they too may bite. It is for this that the snapping is named, and aptly so, as they can snap with amazing speed and power - a large adult snapper can easily bite off a finger or toe.

Lizards employ camouflage more often than not, and some, such as the chameleon, are masters at it, having the ability to change the color of their own skin to match their surroundings. Lizards are also fast runners and can often escape this way. If caught, the tails of many lizards will detach, leaving the predator with a measly little snack, and letting the lizard escape with its life. The tail can be regrown.

For crocodiles and alligators, the best defense is a good offense. These animals are apex predators, and as such, face very few threats from other creatures (man aside). These animals also have a very thick, protective skin, so that even if attacked by another predator, an incredible amount of force must be applied to a very sharp tooth or claw to puncture the skin. Meanwhile, the croc counter-attacks with its formidable tail, teeth, and jaws. Only the most desperate predator would dare attack a full-grown member of the crocodile family.

What are the two primary types of reptile poisons and how do they affect their target prey or enemy?

Technically, reptiles do not have poison, they have venom. There is a difference between organisms that are "venomous" and those that are "poisonous", two commonly confused terms applied to plant and animal life. Venomous refers to animals that inject venom into their prey when hunting or as a self-defense mechanism. Poisonous, on the other hand, describes plants or animals that are harmful when consumed or touched.

Identify in the wild at least half of your list from requirement 2 of the basic honor.

Again, we refer you to http://enature.org and Wikibooks Field Guide to Reptiles. Be practical - when checking which lizards lived in British Columbia one contributor found there were 4 recorded by the Provincial Government but further reading found that 3 of these are exceedingly rare in BC, with one only spotted three times over 50 years ago, and another only existing in a small area as a result of being released from a private zoo.

Find a reptile in the wild and record your observations of its activity during the daylight hours of one or more days.

It is not necessary for the days of observation to be consecutive. Lizards often stay in the same area over a period of time, so they might be the easiest for you to repeatedly find. They often hang around near the outside (or inside!) of a house. If you see one on a given day, the chances are pretty good that you will see the same individual in the same place on the next day as well. If you do not see it again the next day, keep looking. You are highly likely to see it again within a week or so.

Do not attempt to capture the reptile, but rather, observe it in its natural environment. Animals in captivity do not behave the same way as animals in the wild, so capturing it would defeat the purpose of the observation. Take pictures if you like, and jot down a few notes.

Discord? What about it!
This page was last edited on 14 September 2021, at 19:47.
This is an official site of the North American Division Youth & Young Adult Ministries of the Seventh-day Adventist Church.
9705 Patuxent Woods Dr
Columbia, MD 21046